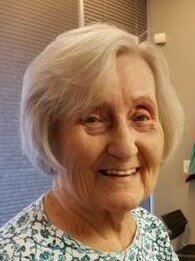 Please share a memory of Emily to include in a keepsake book for family and friends.
View Tribute Book

Emily F. Romano, nee Van Duyne, passed away on September 12th 2021 at the age of 96. She was born in Boonton, New Jersey on December 28, 1924 where she lived most of her life before moving to The Oaks at Denville in 2014. She loved to write poetry and is known for her prize- winning haiku. Her first publication appeared in Modern Haiku in 1969. Since then, more than 6000 of her haiku have appeared in various publications.

Services will be private at the family’s request.

Share Your Memory of
Emily
Upload Your Memory View All Memories
Be the first to upload a memory!
Share A Memory