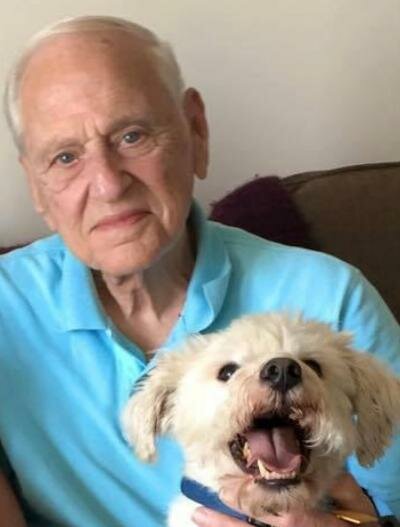 Please share a memory of John to include in a keepsake book for family and friends.
View Tribute Book

We are sad to announce the passing of John Michelsen at the age of 85, following a month-long hospitalization.  He passed peacefully on Friday, December 23rd.

Following high school, John began an over 45-year career in the aeronautical field as an airline jet mechanic, first for Pan-American airlines, and concluding with Delta Airlines. He was very proud of his long career & workmanship, and forged many lifelong friendships with his colleagues.

He was an avid coin collector, world traveler, football fan, and loved to talk about the weather. John will always be remembered for his love for his grandkids, his generous heart, and his quick wit.  He was a resident of Bay Shore, NY for over 50 years, up until his passing.

Mass of Christian Burial will take place at 10:00 AM at Our Lady of Mount Carmel, 910 Birch Street Boonton NJ, followed by burial at Pinelawn Memorial Park 2030 Wellwood Avenue, Farmingdale NY.