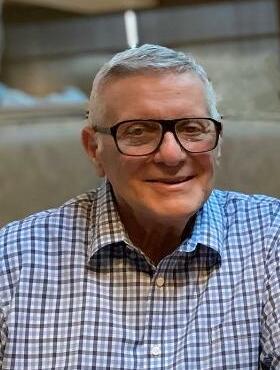 Please share a memory of Anthony to include in a keepsake book for family and friends.
View Tribute Book

Tony was born at home on Pleasant Avenue in Manhattan on July 30th, 1936 to Italian immigrants Domenico and Concetta (Fiumara) Eoga. In 1939 his father passed away leaving his mother widowed with 4 (and 1 on the way) daughters and 1 son.  As a young boy, Tony worked hard to help his mom feed the family by working for the local grocer who would pay him with fruits and vegetables.  His mom and sisters would often take him to Randall’s Island to play.  He was known as a teenager to be an exceptional swimmer.

His family were parishioners at Our Lady of Mount Carmel Church on East 116th Street in East Harlem.  He attended public elementary school then graduated from Cardinal Hayes High School in The Bronx, and City College of New York with a bachelor’s degree in Chemistry.

Tony met Rita Perri at a dance and they were married at Immaculate Conception Church in The Bronx on January 28th, 1962. They moved to Boonton, NJ in January of 1967.

Tony worked for Hoffman LaRoche from 1963 to 1973 where he worked on products such as Valium and Vitamin C.  Later he joined Warner-Lambert in Morris Plains, NJ where he worked for 25 years until his retirement in 1998.  There he excelled in research & development receiving 23 domestic patents and 163 international patents over the course of his career on products such as Efferdent and the lubri-strip on the Schick Razor.  In his later years, he obtained 2 personal patents.

Tony was more than “just” a chemist. He also sold real estate, mostly small businesses, and he was an entrepreneur, inventor, and investor up until his final days. He was a member of the Randolph Investment Club. He and Rita also enjoyed traveling alone, with family, and with the Warner-Lambert Retirees. They enjoyed many great vacations at the New Jersey shore, Cape Cod, Europe, and several cruises.

Tony had many passions, especially family, and Italian food. He made the best caponata, bread, pizza, roasted peppers, and pickled eggplant.  He also would buy bushels of tomatoes to make tomato sauce from scratch that he would jar and share with his family throughout the year.  His grandchildren will continue his traditions for generations to come.

Family was first for Tony. He would give his family whatever they needed, but more so, he gave of his time. He taught all of his grandchildren the “age of reason”, and all other bits of history, politics, and whatever was his interest.

He leaves to mourn his passing, his wife of 60 years, Rita, his children, Theresa (Andy) Lerner and Michael (Adriane) Eoga; his grandchildren Brett (Christie) Lerner, Billy Lerner, Trey Lerner, Jenna Eoga, and Juliana Eoga; his great-grandchildren Owen and Charlotte Lerner; his sisters, Immaculata DeSantis, and Domenica Corbo; his in-laws, Rose and Augie Rossi; and many nieces, nephews, and their families.   In addition to his parents, Tony was predeceased by his sisters, Maria Schettini, Isabella Zecca, Carmela DiCosimo, and his infant brother Antonino.

Calling hours will be held from 4:00 PM to 8:00 PM on Friday, September 9th at Dangler Lewis & Carey Funeral Home of Boonton.  A Mass of Christian Burial will be held at 10:30 AM on Saturday, September 10th at Our Lady of Mount Carmel Church located at 910 Birch Street in Boonton with interment immediately following at Saint Mary’s Cemetery in Boonton.

In lieu of flowers, memorial donations can be made to:

Share Your Memory of
Anthony
Upload Your Memory View All Memories
Be the first to upload a memory!
Share A Memory