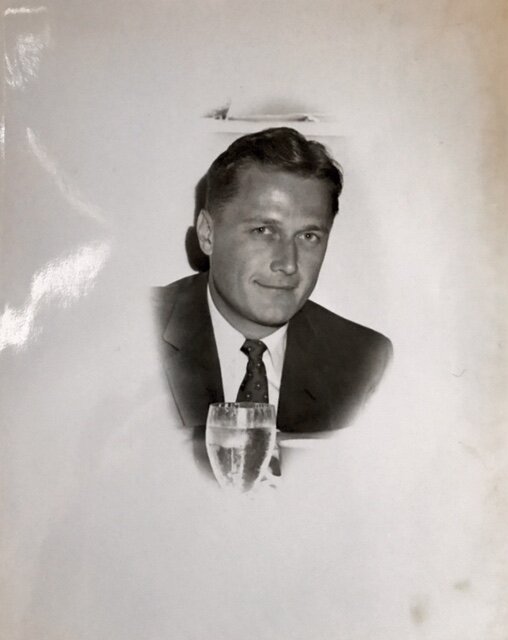 Please share a memory of Magne to include in a keepsake book for family and friends.
View Tribute Book

Magne Andre Jacobsen of Cedar Crest village, Pompton Plains formerly of Scotch Plains, and Gilford, N.H. died Wednesday January 12, with his family by his side. Funeral arrangements will be under the direction of Dangler Lewis and Carey Funeral Home in Boonton. A memorial Mass will be held on Saturday May 14, 2022 at 12 noon, at St Pius X Roman Catholic Church, 24 Changebridge Road, Montville, NJ 07045. Interment will be private. Andre, was born in Plainfield NJ., Lived in Scotch Plains for 35 years and ultimately settled in Cedar Crest Village in Pompton Plains 15 years ago. He earned a Bachelors degree in Science from Duke University. Andre served on the Board of Directors of Scotch Plains YMCA, and was a member of the board who built the YMCA’s swimming complex. He was an active race official during the years his boys swam for the YMCA. He served as a Cubmaster, and an assistant scoutmaster and committee chairman for both Cub Pack and troop 130. He served in the United States Army during the Korean War as a Captain and Adjutant Commander, and ran the family owned Garden Supply Sales Corporation as President and CEO, a business founded by his father for the entirety of his working career. He was passionate about providing lifelong lessons and experiences for his three boys, which for the most part involved sports and outdoor pursuits from both snow and water skiing, boating, hiking and camping, as well as exploring almost every state in the continental United States. Andre was predeceased by his beloved wife of 54 years Mary Ann in 2010, and his grandson Connor in 2016. He is survived by his loving sons Richard and wife Lori, James and wife Ellen, Jeffrey and wife Eileen, 7 grandchildren, 9 great grandchildren and Sister in Law Kathy Connor.

Share Your Memory of
Magne
Upload Your Memory View All Memories
Be the first to upload a memory!
Share A Memory