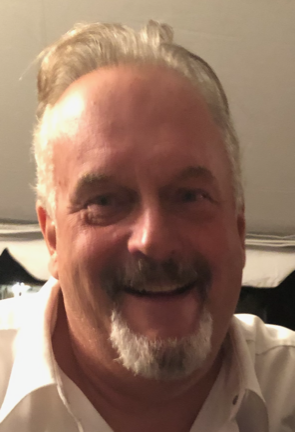 On Wednesday September 15, 2021, Robert M Von See, Beloved Husband, Son, Father, and Grandfather passed away suddenly at the age of 56 in his home in Randolph New Jersey. Robert was born on October 12, 1964 in Ocala Florida to Nancy Von See. He was raised in North Caldwell and graduated from West Essex High School. After which he joined the Union in NYC where he honed his engineering skill set. In his early years he traveled the world building cranes. Upon returning to the States Robert utilized his skill set as a 9/11 First Responder assisting in the rescue and recovery efforts after the terrorist attacks in NYC. For the past 21 years Robert has worked for Bay Crane NYC as a dedicated and diligent operating engineer utilizing some of the largest cranes in the world. He would also take part in raising the Rockerfeller Christmas tree whenever he could.

Known as Bobby V. by most that knew him. Bobby was an avid vintage car enthusiast who participated in not only restoring vintage cars but also competed in the drag racing car world under the tutelage of world renowned drag car racer Jerry Stein.

Another one of Bobby's favorite hobbies was building and riding Harley Davidsons. His best and final build was a beautiful show stopping Road King that he built for his riding partner/ best friend aka his wife. They very much enjoyed riding side by side with all of their friends in the South Jersey HOG family.

Bobby could build or fix just about anything and was amazingly mechanically inclined. Known as a gentle giant with a quirky sense of humor and rarely seen dance moves. He brought joy to everyone who knew him. He very much enjoyed attending church every week with his wife at New Beginnings Christian Church in Brick and Wall township.  Where in the past 2 years he became part of the church ministry team and served as an usher also volunteering in the security detail.

One of the biggest joys in his life was becoming a father and grandfather. He adored spending as much time as he could with his children and grandchild. He was the cornerstone of his tiny family.

During his lengthy career at Bay Crane NYC, where he will be missed dearly by all his friends, colleagues and fellow Union members of Local 14, he immensely enjoyed working almost exclusively side by side with his oiler Bobby Bernardo. Mr. Bernardo was not only a co-worker but one of his dearest friends.

Bobby V. Loved the Lord and all his friends and family who will love him dearly for the years to come. He was met in heaven by his recently passed buddy Jax. He was preceded by his father in-law Noble E. Milton.

Flowers for the service are appreciated or donations can be made to the Bobby & MiMi Von See GoFundMe https://gofund.me/0ce30cb7