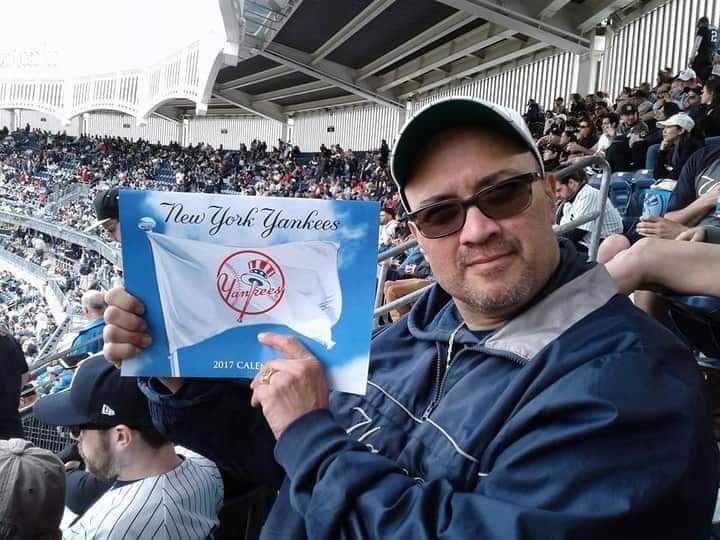 Please share a memory of Miquel to include in a keepsake book for family and friends.
View Tribute Book

Memorial Hospital after a complication from a minor surgery. At the time of his passing he was

surrounded by loved ones to help him cross over where he was greeted by his beloved son,

Mikey. Michael was born in the Bronx, NY and later moved to Flanders and then Lafayette. He

spent 7 years in Parsippany till he settled with his family in Boonton for the past 25 years.

Michael was a caring, loving, devoted and selfless individual. His greatest joy in his life were his

sons. Everything he did he did for them first and foremost. Michael worked as a shift supervisor

at Saint Gobain Performance Plastics in Wayne from November 1996 till the time of his passing.

he continued to work to make sure he could provide a wonderful life for his family. He worked

the night shift so he could be there as much as possible during the day for his family.

Michael loved life and everyone and everything that he came in contact with. He lived his life for

his sons. He adored his mother, father and his 2 brothers. He had an undying, soft spot for the

love of his life. He never gave up on anyone or anything. Once you were a part of his life you

were a part of his life no matter what. Everyone that knew Mike loved him. He was the most

amazing individual that walked this planet. His absence will be felt by many and many will have

an empty place in their hearts that only Mike was able to fill.

Mike was a lifelong Yankee and Raider fan. He played softball for over 25 years. He only gave

up when he was no longer able to play. He helped organize the Sussex County Men’s Slo Pitch

his priority. He loved to bowl and was part of many leagues during his time here. If he was not

playing a sport he was watching one. He loved going to Yankee Stadium whenever he had the

chance. He loved to watch WWE and enjoyed taking his boys to the matches whenever they

were in the area. Anyone who knew him knew he was an avid movie watcher. He would take his

family to new releases every Friday and then out to dinner. He loved everything and anything

that life had to offer. He spent many Saturdays at the Secasus Flea Market and always looked

forward to the annual Renaissance Festival. Basically, Mike just loved to go out and enjoy life

and his family and friends. He tried to never miss an opportunity to go out and enjoy what life

had to offer him. He had the ability to live life to the fullest and that is what he did until recently

when his health started to decline and he was at a lack of energy. He loved going into NYC until

he no longer could handle all the walking. If you ever had a chance to sit with him he had so

many stories to tell of all of his life adventures.

One of his greatest passions was coaching basketball with the Lincoln Park PAL. He

volunteered his time to coach the boys for many years. He loved the sport and loved passing on

his knowledge to others. He won many championships in that league and touched many lives.

He established lifelong friendships with some of his players and his families. He may have been

tough but everyone appreciated his time and effort. His love for coaching has been passed onto

his son Joseph who coached alongside and against his father. His father’s passion touched him

so much that Joey decided to follow the path of coaching as his career.

Michael inspired so many people in so many ways.Not only did we lose an amazing man on

February 17th but we lost an amazing soul. His touched so many lives and inspired so many.

Rest in peace Michael. You are now with Mikey and watching over us all. We are all blessed to

have the two of you as our Guardian Angels.

He is survived by his son, Joseph Saez of Moon Twsp, Pa., His mother and father, Melva and

Miquel Saez of Florida. His brother Rickey and his wife Tania and nephew Angelo of

Bernardsville. His brother Abdul and his wife Sonia and nephew Sean of Mt. Olive. Traci

Thomas, the love of his life of Boonton. He is predeceased by his beloved son Michael (Mikey)

During the COVID 19 pandemic, all persons entering the Funeral Home will be required to wear a face mask or face covering throughout their stay. Likewise, all social distancing rules must be adhered to. Gathering in groups should not happen. A continued flow throughout the facility will aid in keeping us all safe, with everyone having an opportunity to pay their respects.

Share Your Memory of
Miquel
Upload Your Memory View All Memories
Be the first to upload a memory!
Share A Memory