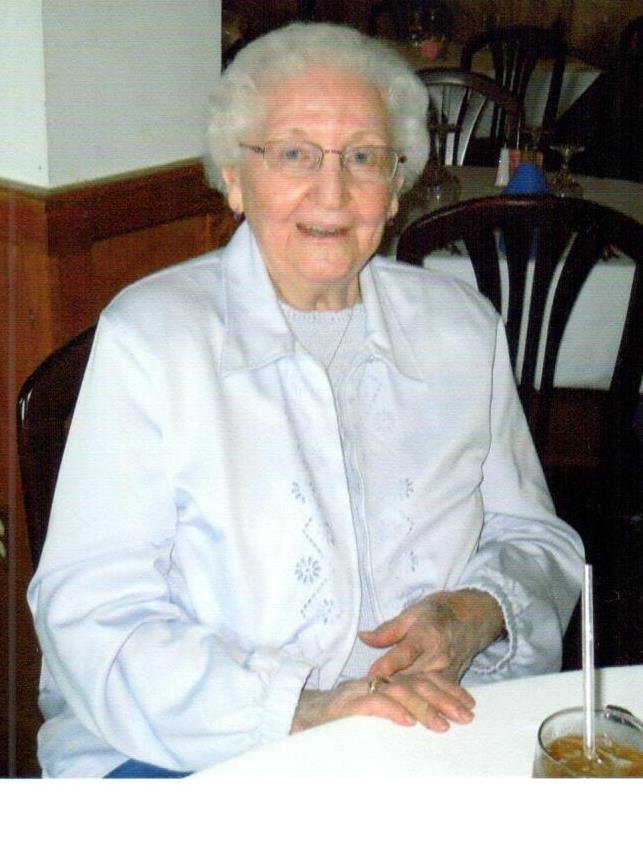 Please share a memory of Marie to include in a keepsake book for family and friends.
View Tribute Book

Marie Edna Gonda (nee Mazzei), 99, of Boonton, passed away at home on April 25, 2020. .Marie was born in North Bergen and was a lifelong resident of Boonton.

Earlier in life, Marie worked as an assembler for Johannson Manufacturing. During World War II, she worked for Aircraft Radio in Boonton Township, and was a volunteer nurse’s aide. Marie spent most of her life as a proud homemaker. She was a member of the Tops Club and served as Vice-President of the Boonton Friendship Club.

Interment will be held privately. In lieu of flowers, donations in Marie’s name to Compassionate Care Hospice, would be greatly appreciated.  Letters of Condolence may be posted at danglerlewisandcareyfuneralhome.com.

Marie is survived by her beloved children Albert, John, George and his wife Claudia, Joseph and his wife Debi, Melanie Fenton and her husband

Share Your Memory of
Marie
Upload Your Memory View All Memories
Be the first to upload a memory!
Share A Memory