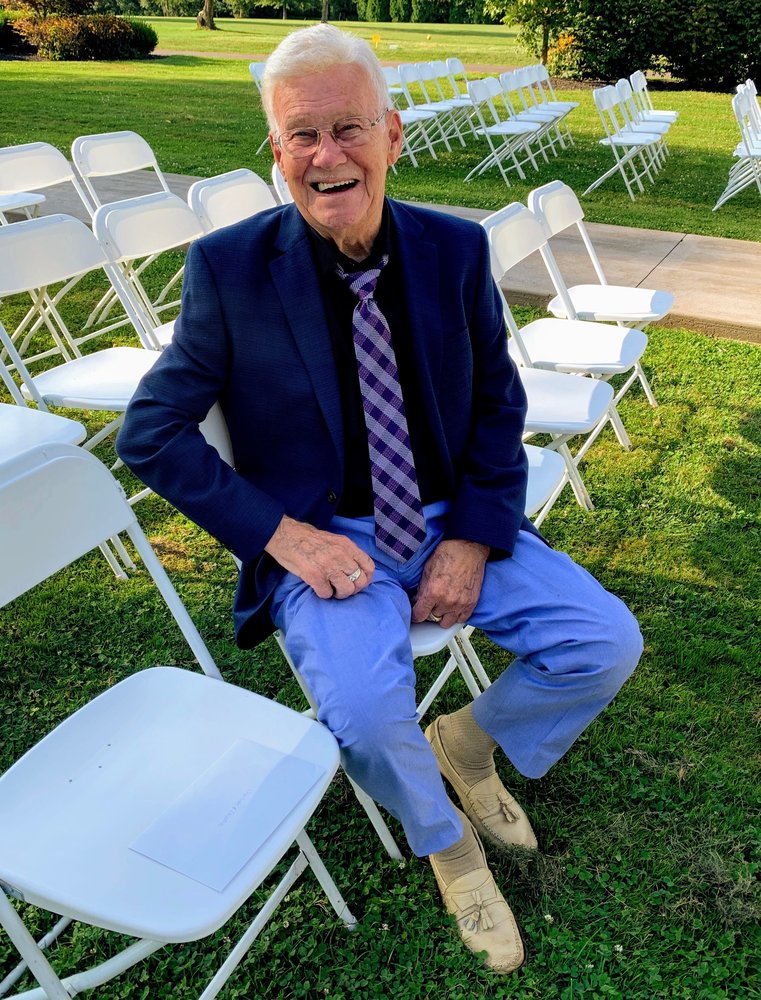 Please share a memory of Kenneth to include in a keepsake book for family and friends.
View Tribute Book

Kenneth Lee Stephens, 86, of Boonton passed away on December 4 surrounded by his children, Ken Stephens, Catherine McCarthy and Kelsey Stephens.

Born in Dover, Ken spent most of his life in Boonton, where he raised his family and became a fixture in the community. He served in the U.S. Army for three years prior to becoming a mechanic and shop supervisor for United Hoisting in Long Island City, where he worked alongside his beloved father-in-law Louis DiFrisco. In the 1970s, Ken founded his successful Kenco Swiftway business in his garage, where he designed and manufactured electric winches that were used on some of the largest building projects in the New York area and beyond. He also served with the Maxfield Hook and Ladder Company of the Boonton Fire Department for more than 50 years and most recently was a member of the fireman’s Relief Association.

Above all, he was a family man. After his first wife Dolores passed away in 1974, Ken continued to raise his three children as a single parent, forging a deeply personal and lasting bond that will remain for years to come. He always prioritized time with his family – whether it was fishing or building projects with his grandchildren, or simple times around the house hosting impromptu barbecues and feeding the local wildlife in his yard. He married Kaye Stephens in 1999, and they traveled often to visit friends and family around the country. His genuine kindness spilled over to those in the community, oftentimes supporting neighbors and even strangers with his one-of-a-kind friendship.

Ken was always curious and concerned about the world, and he never hesitated to share his opinion on matters big and small. Sports were never far from his heart or mind, and could many times be found at baseball fields, track and swim meets, and hockey rinks supporting his children and grandchildren. He loved music and to the delight of most, he was a great dancer!

In addition to Dolores, Ken was predeceased by his siblings Frederick Stephens Jr., Beatrice Donnelly and Bernice Hagan. He is survived by his wife Kaye Stephens; his loving children Kenneth Louis Stephens, Catherine McCarthy and Kelsey Lyle; his cherished grandchildren Annalise, Ciaran, Colin, Emma, Lauren, Samantha, Saige and Sean; and his sister Gail Lawrence. He will be deeply missed by his daughter-in-law, Diane Stephens, and his son-in-law, John McCarthy.

Family and friends are invited to celebrate Ken’s life on Sunday, December 8, from 1:00 – 3:00 p.m. and 5:00 – 7:00 p.m. at the Dangler, Lewis and Carey Funeral Home, 312 West Main Street in Boonton. A Funeral Mass will be celebrated on Monday, December 9, at 10:00 a.m. at Our Lady of Mt. Carmel Church, 910 Birch Street, Boonton. Interment will follow immediately at St. Mary’s Cemetery in Boonton and a reception at the Boonton Fire Department.

If you would like to contribute to Ken’s legacy, please show your support for Boonton Fire Department’s Maxfield Hook and Ladder Company (https://boontonfd.org/donate). Please also be sure to share your condolences and words of remembrance at danglerlewisandcareyfuneralhome.com.

Share Your Memory of
Kenneth
Upload Your Memory View All Memories
Be the first to upload a memory!
Share A Memory