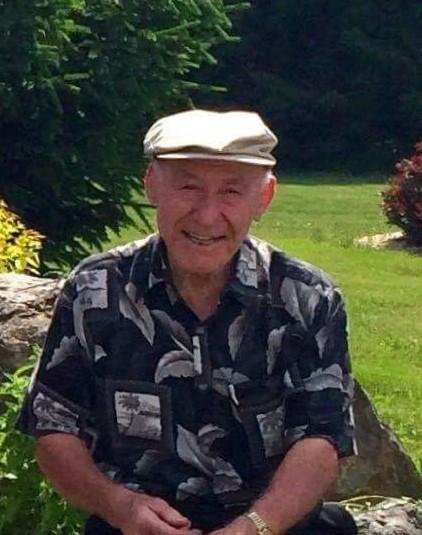 ANGELO MARIO DI FILIPPO
BOONTON NJ – Angelo Mario Di Filippo, age 91, passed away on February 7, 2019. He was a resident of Boonton for over 50 years. Born in Castelnuovo di Conza Italy on September 20, 1927, he immigrated to the United States in 1947. He resided in Newark, NJ until 1967 when he moved to Boonton.

He was employed by Heavy and General Laborers, Local 472, retiring in 1989. He served in many capacities with the Local including Shop Steward. In 2014, he was honored by the Local for his 60 years of service with the organization. He enjoyed working in his garden, cooking, repairing just about anything broken and above all, like his father before him, had a great passion for winemaking. He was a self taught accordion player. He was a huge Yankee fan, but never ask him about the Mets. He was a long-time member of the Boontonites. He traveled as often as he could to Italy to enjoy family, friends and “la dolce vita”.

He was predeceased by his wife Maria (Nina) Suppa, his parents, Vincenzo and Vitamaria Di Filippo and his sister Marie Sessa.

Visitation will be held on Monday, February 11, 2019 from 3-8 PM  at the Dangler, Lewis and Carey Funeral Home, 312 West Main Street, Boonton, NJ 07005. A Funeral Mass will be celebrated on Wednesday February 13, at 12: 00 PM at Our Lady of Mt. Carmel Church, 910 Birch Street, Boonton, NJ 07005. His final resting place will follow immediately at Gate of Heaven Mausoleum in East Hanover, NJ. In lieu of flowers, the family request’s donations be made to the Make-A-Wish Foundation in Mr. Di Filippo’s name.

Share Your Memory of
Angelo
Upload Your Memory View All Memories
Be the first to upload a memory!
Share A Memory